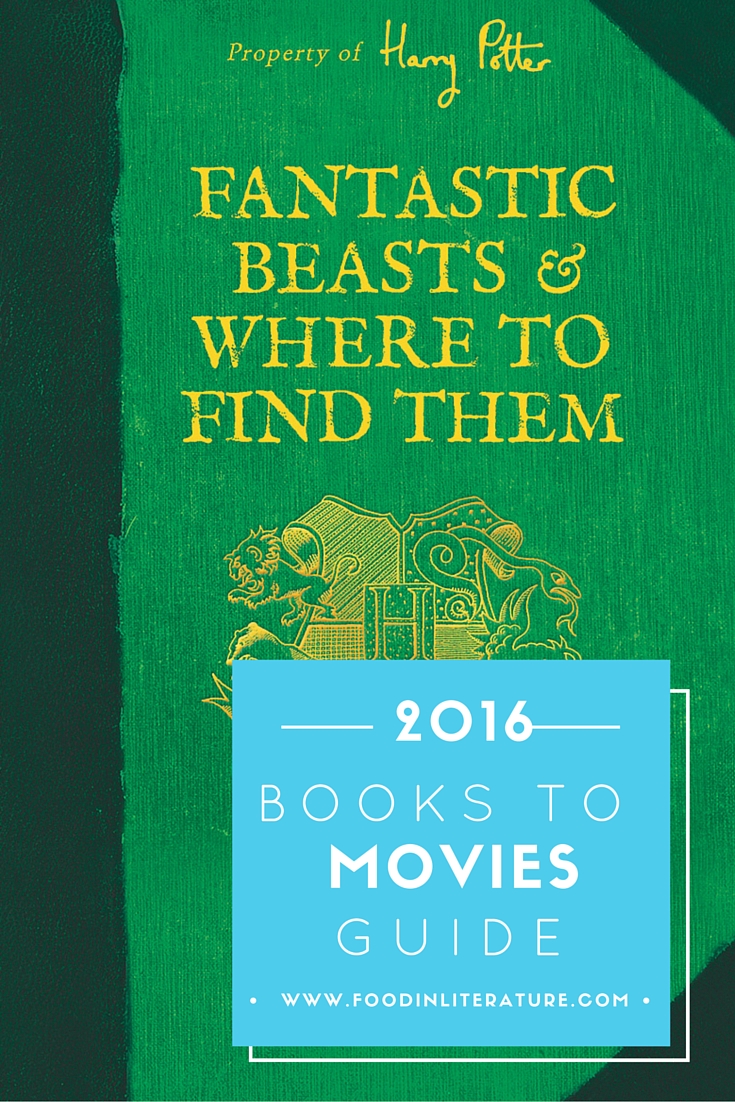 Each year we look forward to the list of movies we can expect to see in cinemas that have been translated from a book. Here are the ones I’m looking forward to in 2016. I’ve arranged the list in order of release date.

Last updated October 10th 2015.
Note: All book links are to Amazon since it’s where I buy my books, and are affiliate links.

The Light Between Oceans

What it’s about: A lighthouse keeper and his wife, after years of miscarriages and a stillbirth, find a boat washed up with a dead man and a baby, very much alive.
He wants to report them, but she wants the baby as her own, and so they raise it. Two years later, when they return to the mainland, their decision comes back to haunt them.
Who/what we’re looking forward to: If they do the book justice, we’ll all be sobbing by the end.

What it’s about: Four waves have erased almost everyone from Earth, leaving ‘Them’, things that look human, but hunt to kill anyone they come across. With a fifth wave coming, Cassie not only has to outrun ‘Them’, she’s on a mission to rescue her brother while staying alive.

Pride and Prejudice and Zombies

What it’s about: The Pride and Prejudice story we know, but this time Elizabeth Bennet has extra work to do–wiping out zombies after a plague comes through.

Who/what we’re looking forward to: Lily James plays Elizabeth Bennett. And for those who haven’t read Pride and Prejudice, this might give them some sort of kickstart!

What it’s about: After growing up hearing stories and photos of levitating girls and invisible boys from his grandfather, Jacob finds himself in Wales. Stumbling across the ruins of Miss Peregrine’s Home for Peculiar Children, he finds the photos and stories of the occupants were real after all. And they’re alive. But something evil is following him…

Who/what we’re looking forward to: Tim Burton is directing this, and those who have read the book will probably agree, this will be the perfect fit.

What it’s about: We’re coming close to wrapping up the Divergent series (as is custom, the last book must be split into two movies). Beatrice and Tobias escape into the real world and are taken to the Bureau of Genetic Welfare, where they ‘learn the truth about their society’.

What it’s about: The story of Mowgli, as he’s raised in the jungle by the wolves, Baloo and Bagheera. The difference? It’s a live action film.

Notes: You can read The Jungle Book

for free from Amazon

What it’s about: A prequel to the 2012 movie Snow White and the Huntsman. Other than that, we still don’t know!

Notes: You can read the Grimm’s Fairy Stories

for free on Amazon

Alice Through the Looking Glass

What it’s about: According to IMDB, “When Alice wakes up in Wonderland she must travel through a mysterious new world to retrieve a magical scepter that can stop the evil Lord of Time before he turns forward the clock and turns Wonderland into a barren, lifeless old world. With the help of some new friends, Alice must also uncover an evil plot to put the Queen of Hearts back on the throne.”

Who/what we’re looking forward to: We never can have enough of Alice!

summary: A little orphan girl, Sophie, The BFG, and the Queen of England work to capture the evil giants who eat children.

Who/what we’re looking forward to: Another Roald Dahl book translated to screen. It’s been discussed since 1991 about turning The BFG into a large production film, and it’s finally happening. Steven Spielberg is directing the film.

What it’s about: Waking up with no memory, Robert Langdon finds himself being tracked down. While staying on the run, he’s trying to solve a riddle that includes a multitude of puzzles, history and classic art.

Fantastic Beasts and Where To Find Them

What it’s about: “The adventures of writer Newt Scamander in New York’s secret community of witches and wizards seventy years before Harry Potter reads his book in school.”

Who/what we’re looking forward to: EVERYTHING! The fact we get to go back to experience the wizarding world again, and have it expanded in the past, is going to Make. My. Year.