Cream-filled chocolates
Butterbeer: described as “a little bit like less-sickly butterscotch” and has a low alcohol content (although makes house elves drunk.) The butterbeer served at Universal and Warner Bros studio is very sweet. Butterbeer however has been around since the 1400′s, and is a mix of beer, butter, sugar. spices and egg. (Try my authentic Butterbeer recipe here).
Chocolate Frogs
Jam tart
Sausage rolls
Custard creams: A sandwich cookie (shortbread like?) with custard filling
Cream cakes
Pies
Canary Creams: A sweet that turns you into a canary for a minute
Rich stews
Savoury puddings
Bertie Bott’s Every Flavour Beans: (in flavours such as toast, coconut, baked bean, strawberry, curry, grass, coffee, sardine, pepper, chocolate, peppermint, marmalade, spinach, tripe, booger, vomit and earwax)
Drooble’s Best Blowing Gum: bluebell-coloured gum in crazyberry flavour
Fizzing Whizbees: Sherbet balls that make you float slightly off the ground
Mince pies
Turkey
Christmas pudding
Pork chops
Goulash: A stew made of meat, vegetables, paprika, other spices and pasta or rice.
Chicken legs
Loaf of bread
Eclairs: oblong pastry made with choux dough filled with a cream and topped with icing.
Ham
Fruit
Bacon
Kippers: Kippers are herring that have been cut head to tail so they lay butterfly style, and are salted or pickled, then cold smoked. Certainly not for the faint of heart!
Roast potato 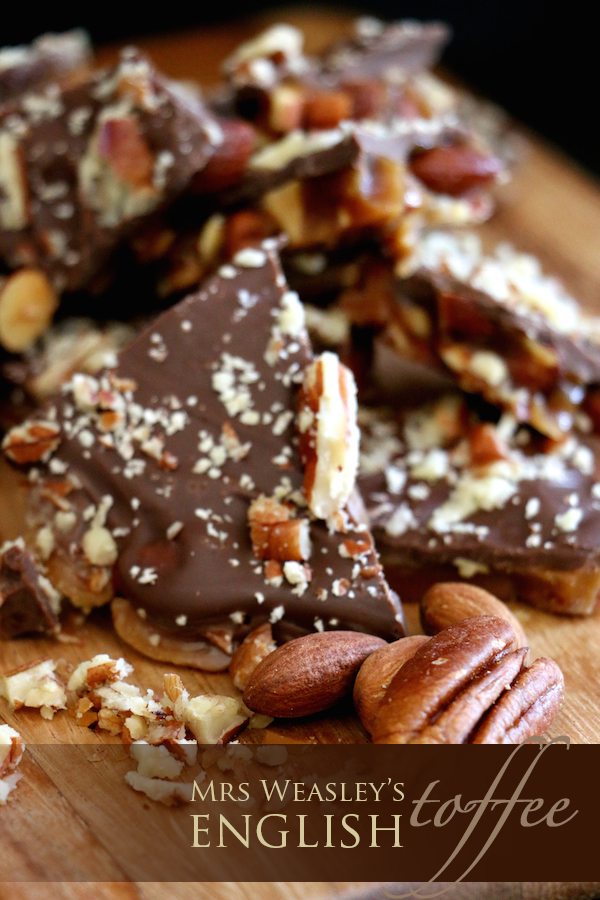 Cornish pastry: A savoury pastry folded into a D shape and usually filled with beef, onions and potato.