He had never had any money for candy with the Dursleys, and now that he had pockets rattling with gold and silver he was ready to buy as many Mars Bars as he could carry – but the woman didn’t have Mars Bars. What she did have were Bettie Bott’s Every Flavor Beans, Drooble’s Best Blowing Gum, Chocolate Frogs. Pumpkin Pasties, Cauldron Cakes, Licorice Wands, and a number of other strange things Harry had never seen in his life.
Not wanting to miss anything, he got some of everything and paid the woman eleven silver Sickles and seven bronze Knuts.

Did you ever get those licorice cigars or pipes as a kid? We used to play ‘all grown up’ with those. Pretend we were puffing away on them.

…and ‘as a kid’, I mean a few weeks ago when we were road tripping across Ontario.

I imagined licorice wands to have the same appeal to under-aged wizards. The littlies who weren’t allowed to have a wand yet. So you get thrilled when you get a licorice wand and flick it around pretending you’re doing magic.

And then you eat it. 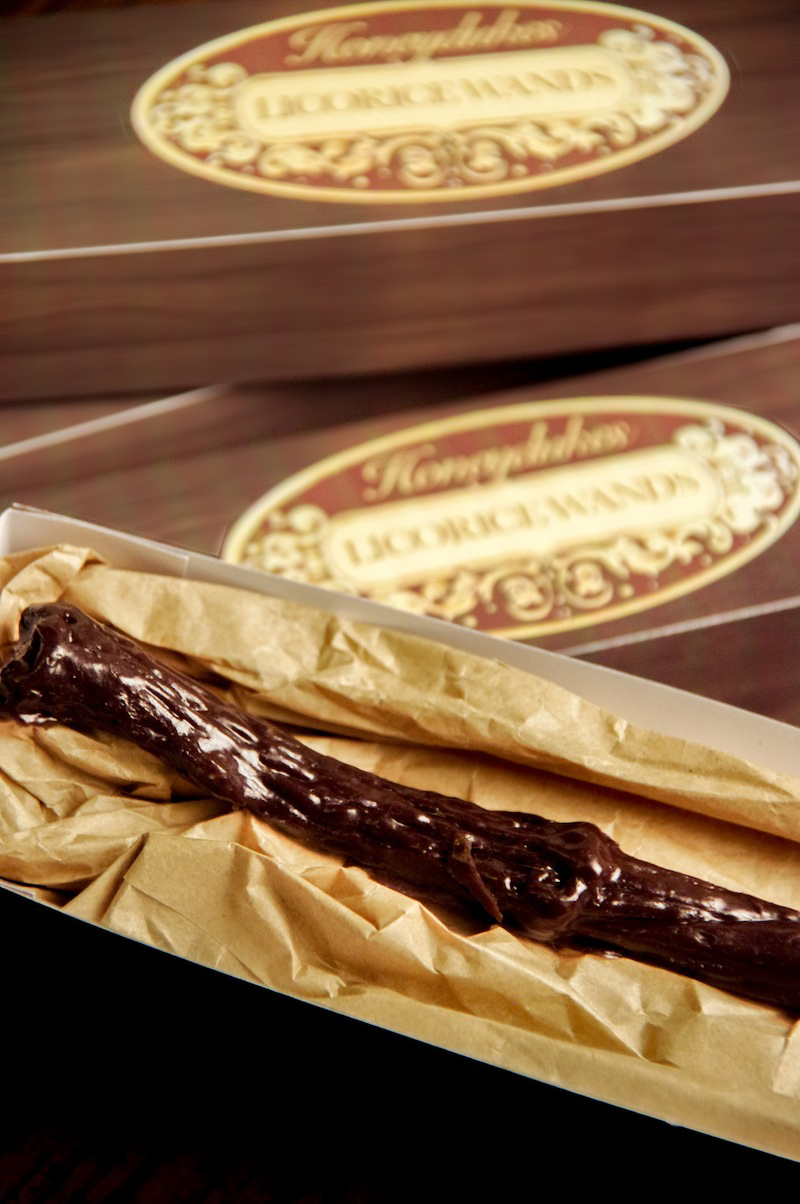 To make this, I needed to make a wand mold. I based it off of Harry Potter’s wand, but I’ve added photos I took at The Making of Harry Potter/ Warner Bros Studio tour we did in London, so you can choose which wand you want to style it off of. I’ve uploaded the full sized file(~5-6MB), so just click on the images for a closer look. 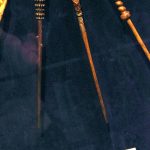 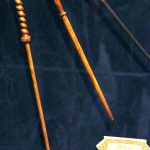 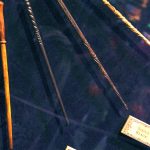 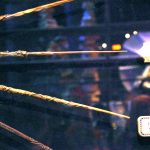 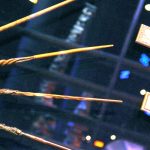 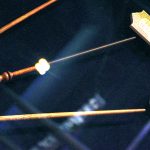 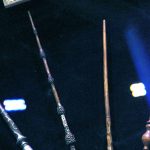 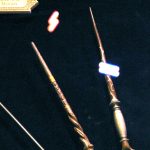 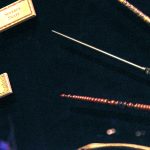 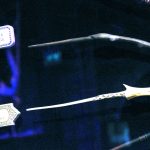 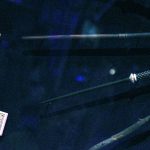 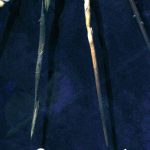 I made mine based on Harry Potter’s wand. Using air dry clay, I rolled a 20cm ‘snake’ of clay. Press harder as you roll on one end to create the tapered wand effect. Then go in with sharp objects (I used tweezers). For Harry’s wand, his handle is 1/3 the size of the wand. So at the 13-14cm mark to the 20cm end, create wood lines. Just drag your tweezers lightly. I liked using the tweezers since I could get two lines at once, but also pinch the tweezers at times to create unevenness. Do some lines lightly, some deeper. At the 13 cm mark, there also seems to be an angled edging, so I took a pencil on its angle and dragged it up slightly. There’s also a knot of wood on Harry’s wand handle, so add a little blob and smooth it in. 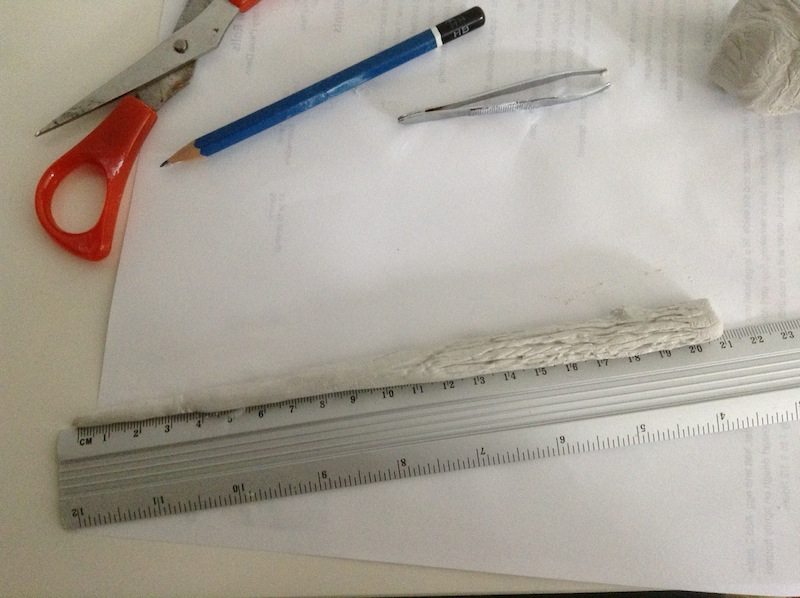 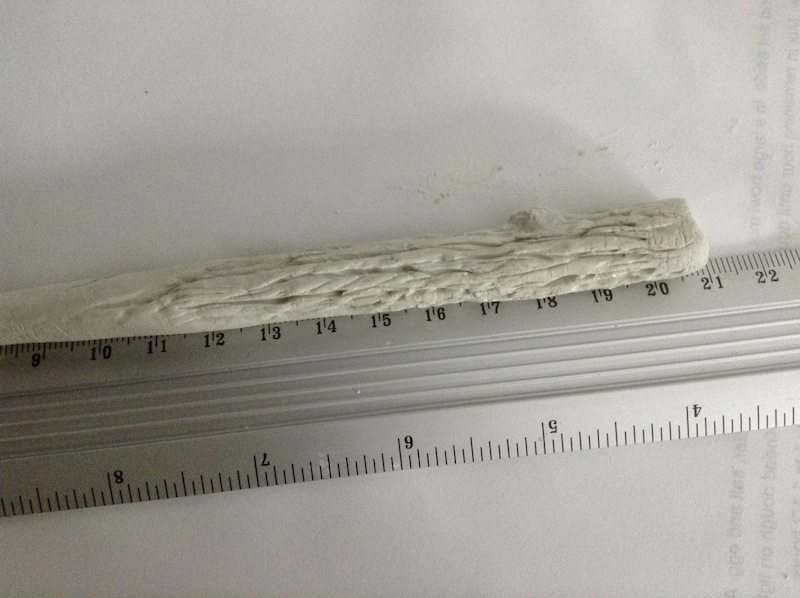 Once dry, I took a hot glue gun and created the last two bits of the handle (if you’re good with clay, by all means sculpt it). But by taking the hot glue gun and dabbing a blob of glue and dragging it down (following the wood lines), it creates a natural knotted wood effect. 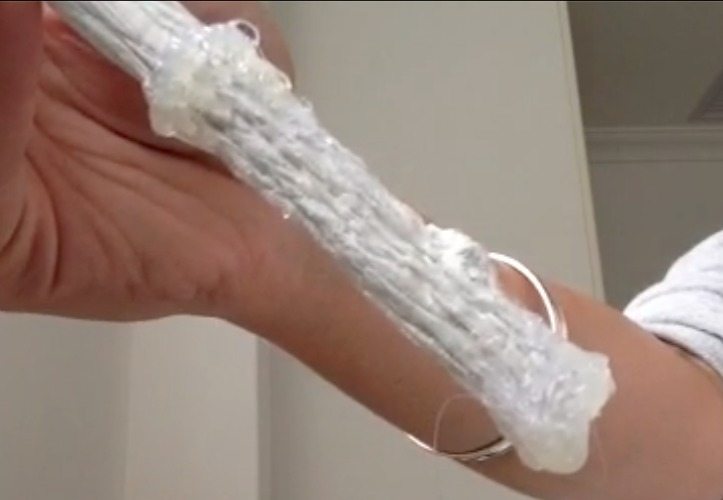 With this dry, you have two options- cornstarch/cornflour mold or food grade mold. I tried both to see how they would work.

Making a cornstarch mold is the nice cheap way. Messy at times, but cheap.

My life revolves around food grade silicone putty when I’m creating unusual things. It’s my lifeline. Especially with Willy Wonka food where I need to make my own shapes. Or, in this case, licorice wands in the shape of Harry Potter’s wand. I buy Casting Craft Easymold Silicone Putty

from Amazon, and it comes as a 1 pound kit. It lasts me a while and the molds are there to use another time.

And now, to put it all together… 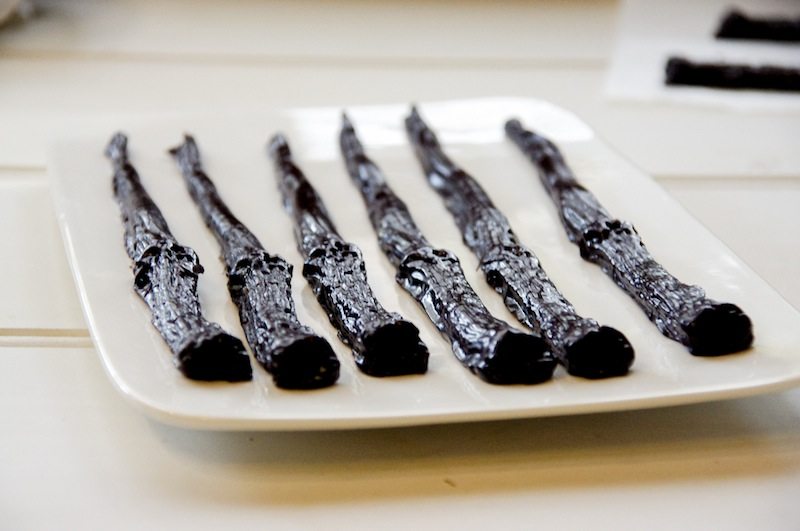 And finally, packaging. You can’t just have a wand laying around! While licorice wands are Honeydukes, I took the Ollivander logo and altered it to be a Honeydukes label, and placed it on a wooden style ‘wand box’. The ‘907’ was some text from a website (but from where I can’t remember… eep) and the label was from an image I took of wizard wand boxes at The Making of Harry Potter in the Ollivander’s store set. 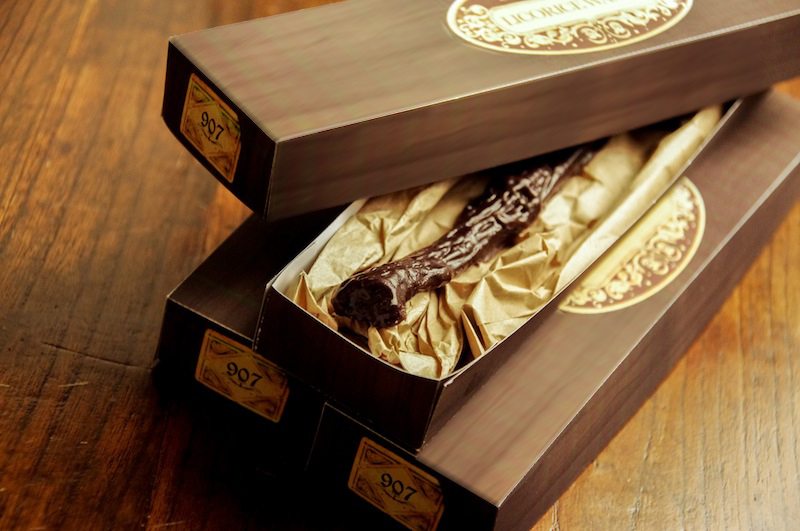 Right click the image below and “Save as” for the free full sized printable Harry Potter Honeyduke’s Licorice Wand packaging. Print to A4 card, solid lines are cut marks, dotted lines are fold marks. Please don’t distribute this packaging, but please feel free to send others back to retrieve it from here! 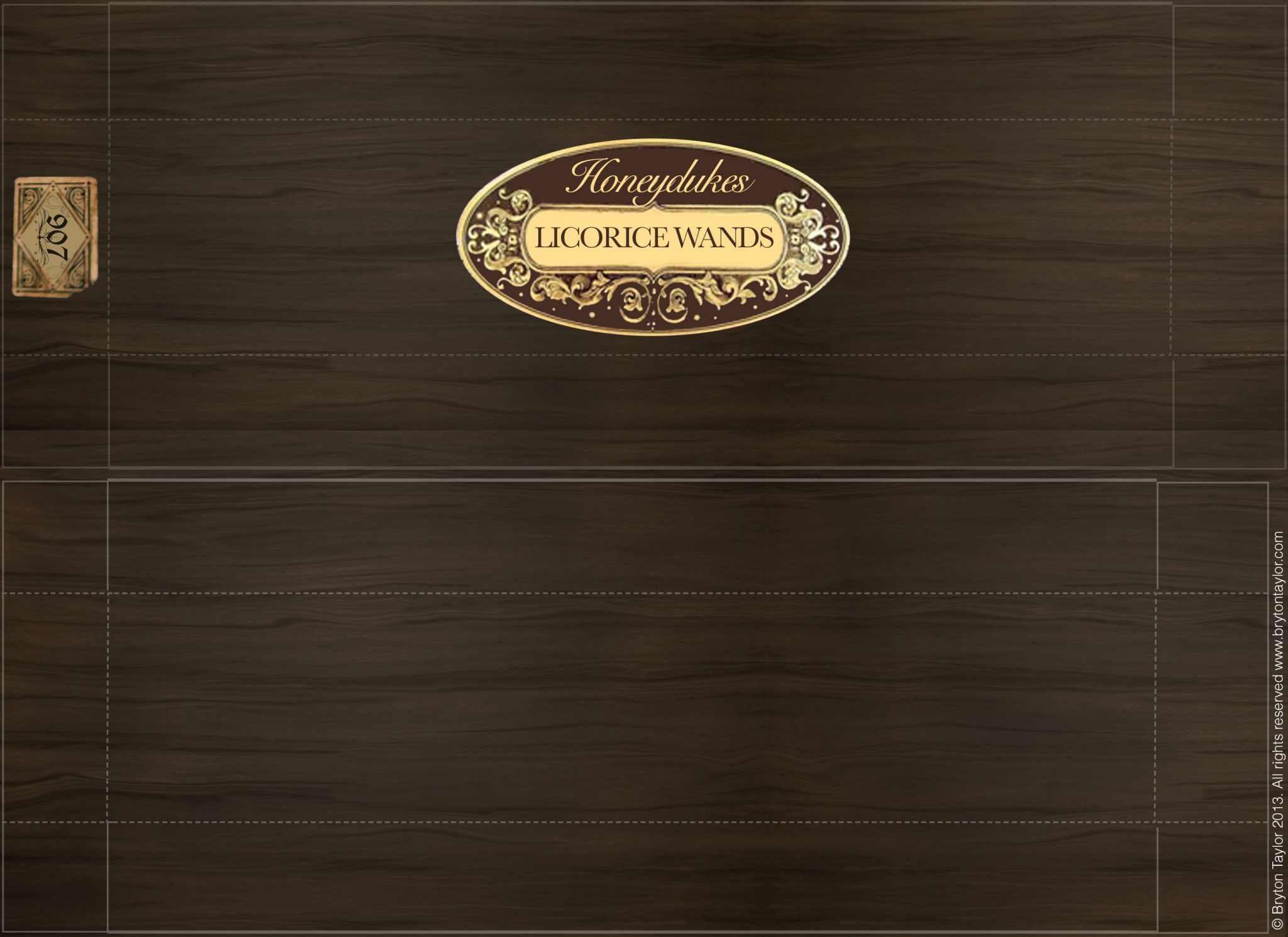