Grandpa Joe and Charlie were half running and half walking to keep up with Mr Wonka, but they were able to read what it said on quite a few of the doors as they hurried by. EATABLE MARSHMALLOW PILLOWS, it said on one.

Eatable marshmallow pillows.Could you imagine sleeping on one of these? Soft, fluffy and lickable late at night.

If you’re like me though, sleeping on one would backfire.

I fall asleep with my mouth shut. But some point during the night, my trap falls open and a waterfall begins. Not one of natures wonders of the world. You come to and quickly slam your mouth shut.

Waking up would be like having your foot stuck in chewing gum.

My face, that pillow. 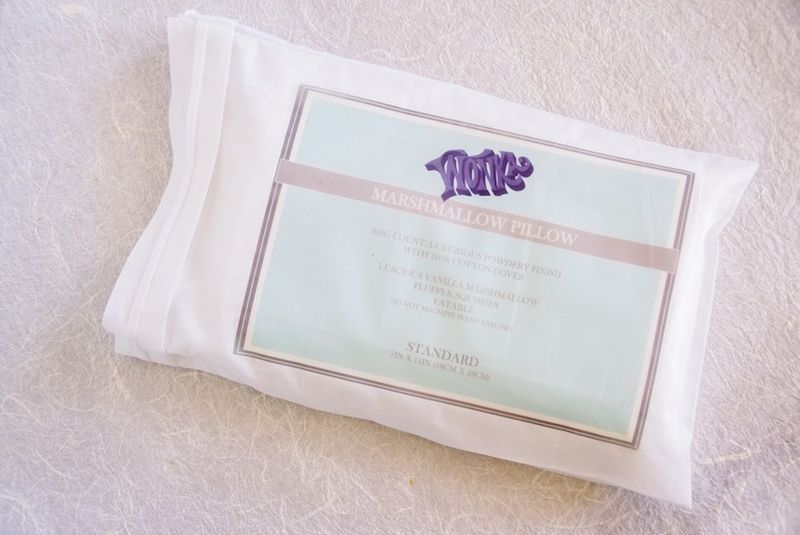 On the otherhand, it would make a killer marshmallow to roast.

I actually used to hate marshmallows. Wouldn’t touch them. Loved the idea of roasting them over a campfire, but would handball them off to someone else to eat. The crusty shell wasn’t bad, but it was the inside with its sticky gooey too sweet fluff that made me queezy. But now you’d have to hide the bag from me. Not the plasticy firm ones you get here in Australia. But those big hand sized ones. Our local grocery store imports the Rocky Mountain brand from the US. Ridic prices, but worth every teeth sinking bite. 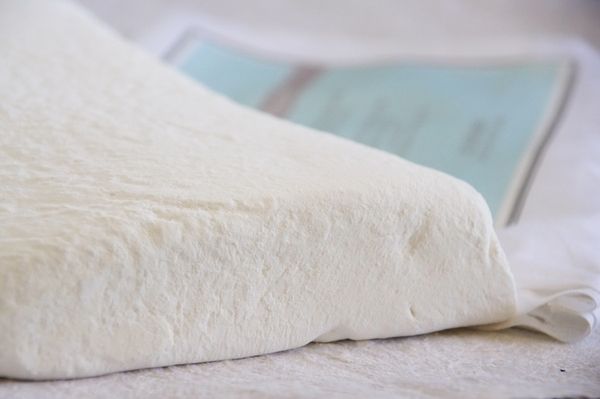 How do you like your marshmallows? Dunked in hot chocolate? Eaten ‘raw’?

I’m just looking forward to making another of these big whoppers when fire bans are lifted so I can take one camping. Maybe with a huge slab of chocolate… and a gigantic graham cracker to go with it… hmmm! 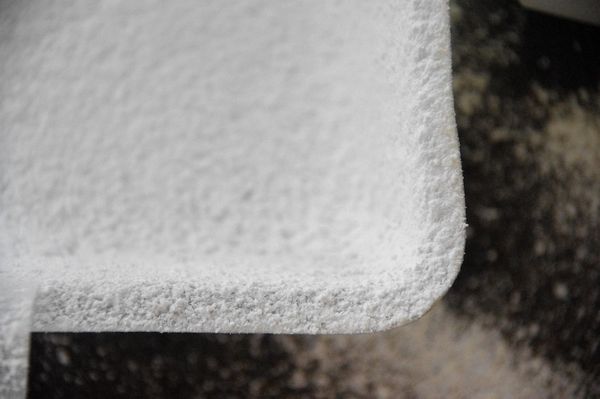 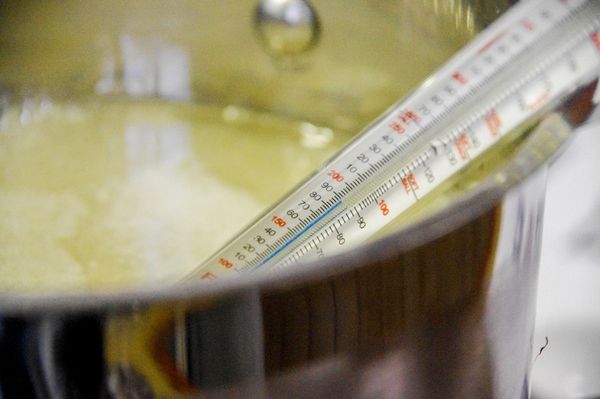 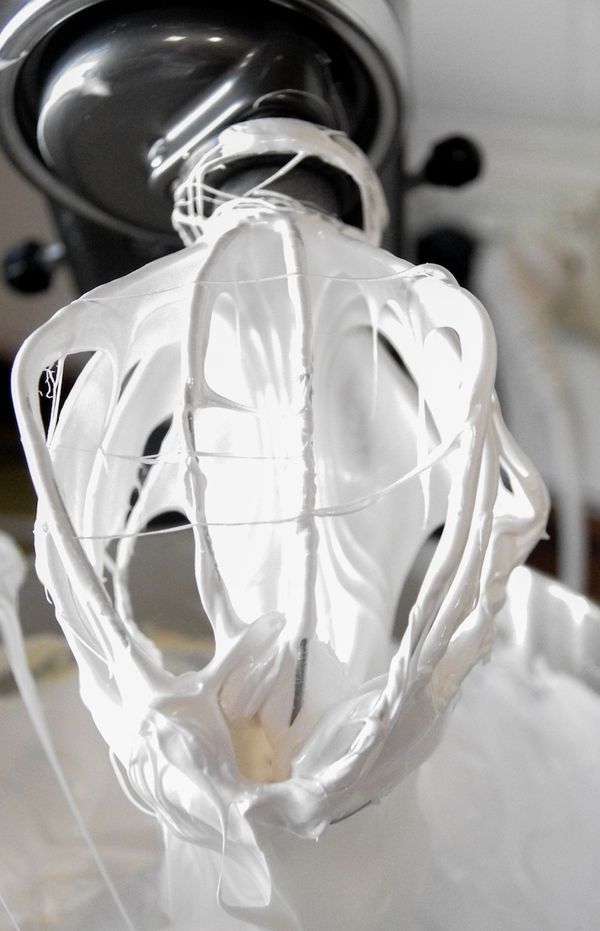 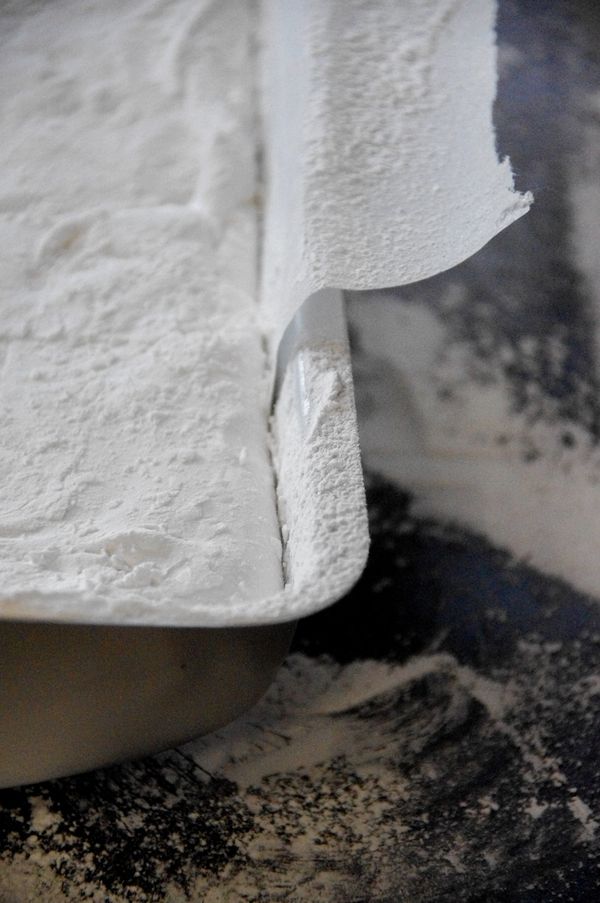 The packaging was cotton fabric made into a mini pillow case and a pillowcase design ironed on using tshirt transfer paper. When I say ‘made’ I mean iron hemming tape was used to piece it together.

Because needles and I? We don’t get along.

This moment of realisation came in high school in home ec class, making a pencil case. Me being me, I didn’t want just a pencil case. I wanted a bright pink furry leopard print one (and a binder to match). I snapped the needle. Twice. It went flying and nearly took out my eye. No joke. Ever since, we’ve kept our distance. So if you have a dislike of needles, don’t worry, I get it and will be the last to judge. Just go with the hemming tape. 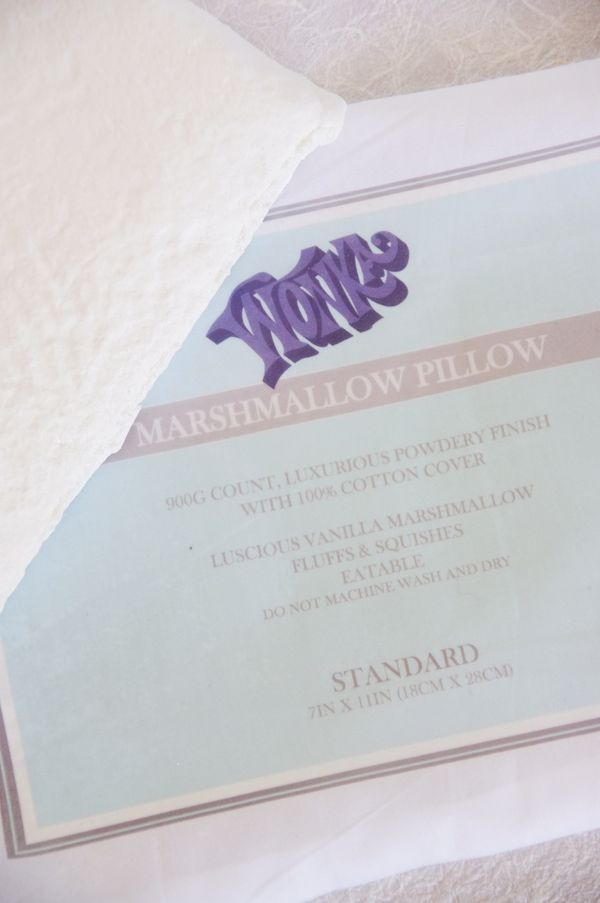 As delicious as marshmallow is, I found myself with just under a kilo of big fluffy marshmallow…