With winter closing in, the hearty UK food is coming in handy. And where better to get English food inspiration than Harry Potter. For those of you who are only familiar with Kreacher from the film, Kreacher turns around in the book, starts cooking some excellent meals and in the end, is the one who leads the house-elves in the battle at Hogwarts. 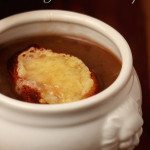