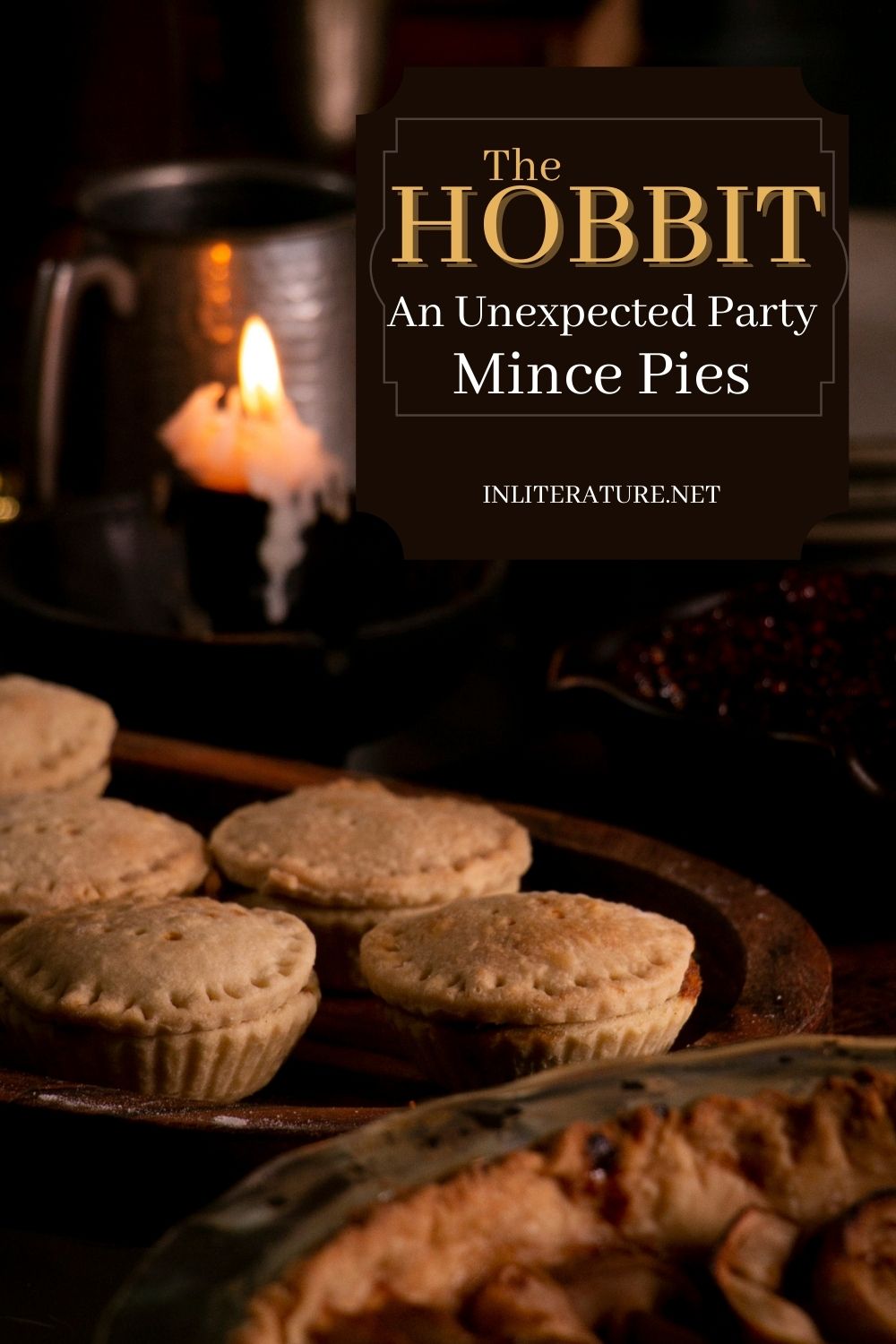 “And mince-pies and cheese,” said Bofur.

-An Unexpected Party, The Hobbit, J.R.R.Tolkien

Mince pies are filled with mincemeat, a mix of dried fruits and spices, soaked in a liquor like brandy.

Go back far enough in history, and you will find mince pies made with meats, with fillings using lamb and veal, tongue, tripe. However, by the end of the Victorian era, mince pies were sweet and fruit-filled.

Mince mixtures can be purchased in stores, however, it is just as easy to make your own and can be made and stored months in advance.

Suet is still used in the mince filling- however vegetable shortening has become a common replacement for home cooks.

Today we’re most likely to find mince pies served at Christmas time. However a batch could be found in Bilbo’s pantry when the dwarves unexpectedly visit.

Make them in advance

The mince filling should be made several weeks in advance and stored in the fridge until ready to use.

Once baked, homemade mince pies can be made in advance, however, should be stored in an airtight container. While mince pies can be stored for up to a week, make 2-3 days in advance of your Hobbit party to serve fresh mince pies, not stale. If there are any leftovers from your party, they’ll have another few days to nibble the rest.

Mix together the mince mixture in a glass bowl, cover and let sit on the counter overnight. Give a good stir the next morning, recover and place in the fridge for several weeks, stirring once a week.

Sift together flour and salt, before cutting cold butter into the flour.

Mix the flour and butter together until it resembles breadcrumbs.

Add cold water, drop by drop, and mix until a dry dough is formed.

If you make it too wet, add more flour.

Roll out the dough thinly and use to line pie shells.

Leave ¼ of the dough to roll out and cut out circles as pie covers.

Spoon in mince mixture, do not overfill.

Using a skewer, punch 3 or 4 holes into the top to let steam escape.
Whisk some egg white and water together, then brush on the top of the pastry, before sprinkling with white sugar. 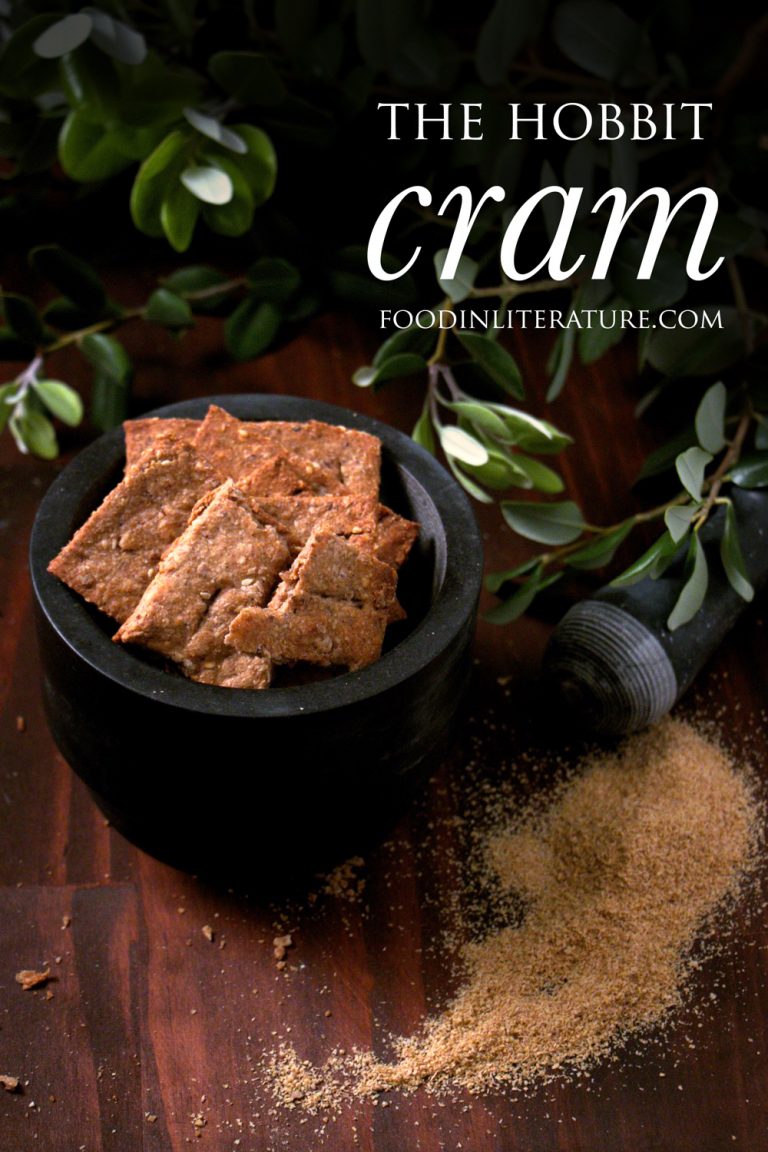 Last Updated on September 11, 2021   But now their hopes were higher; for they had food for some weeks with care–chiefly cram, of course, and… 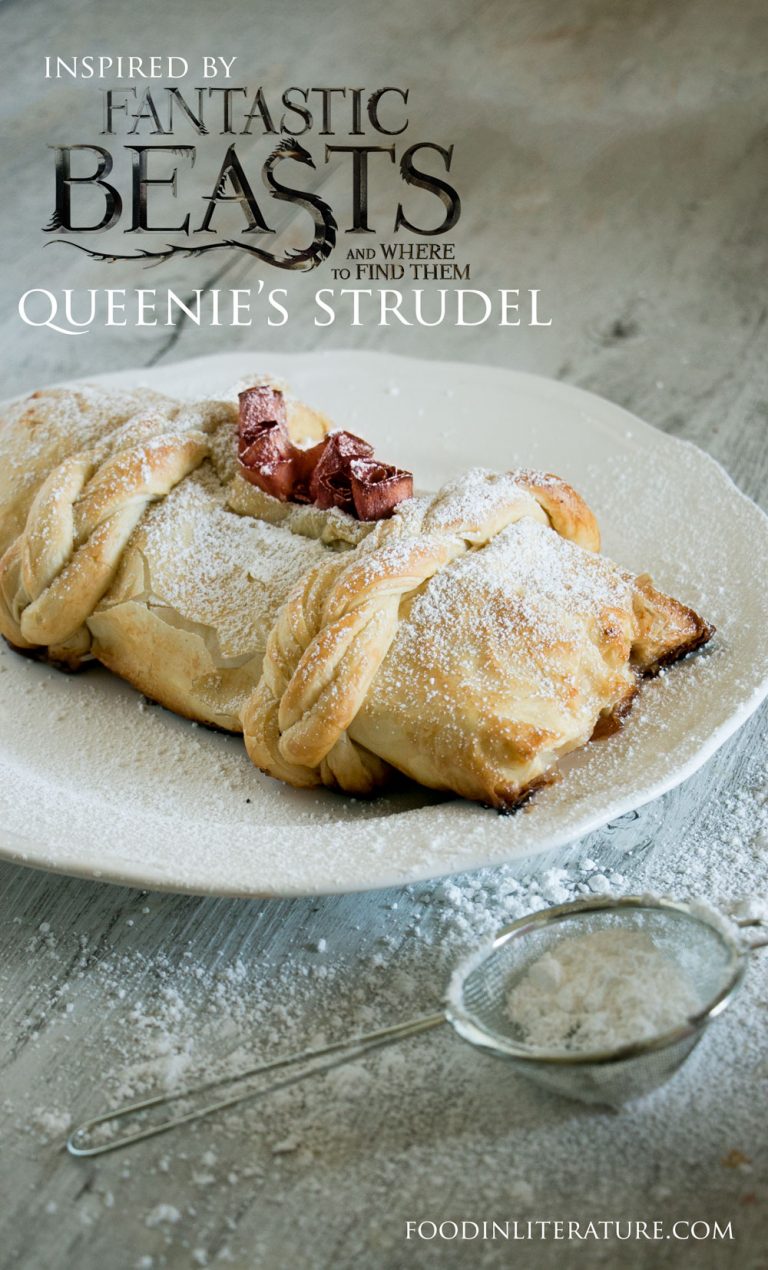 Last Updated on May 18, 2022 With a flick of her wand, Queen sends raisins, apples and pastry flying into the air. The concoction neatly wraps… 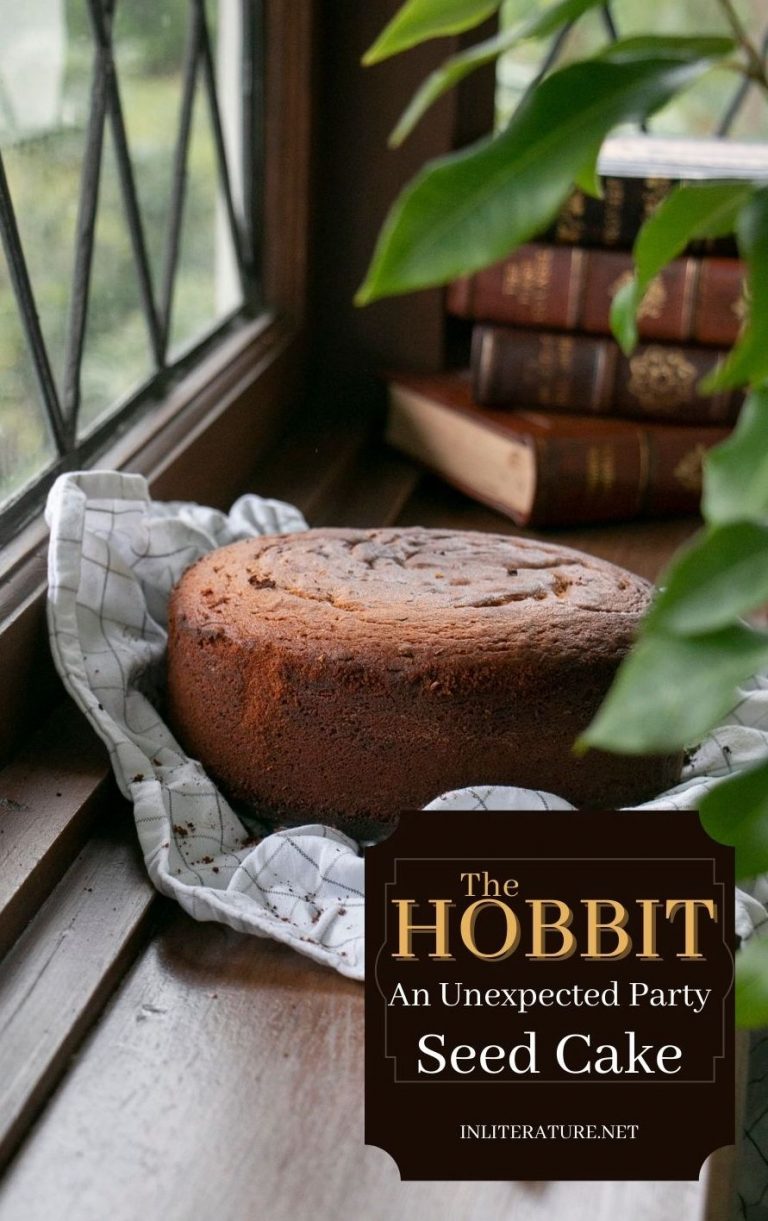 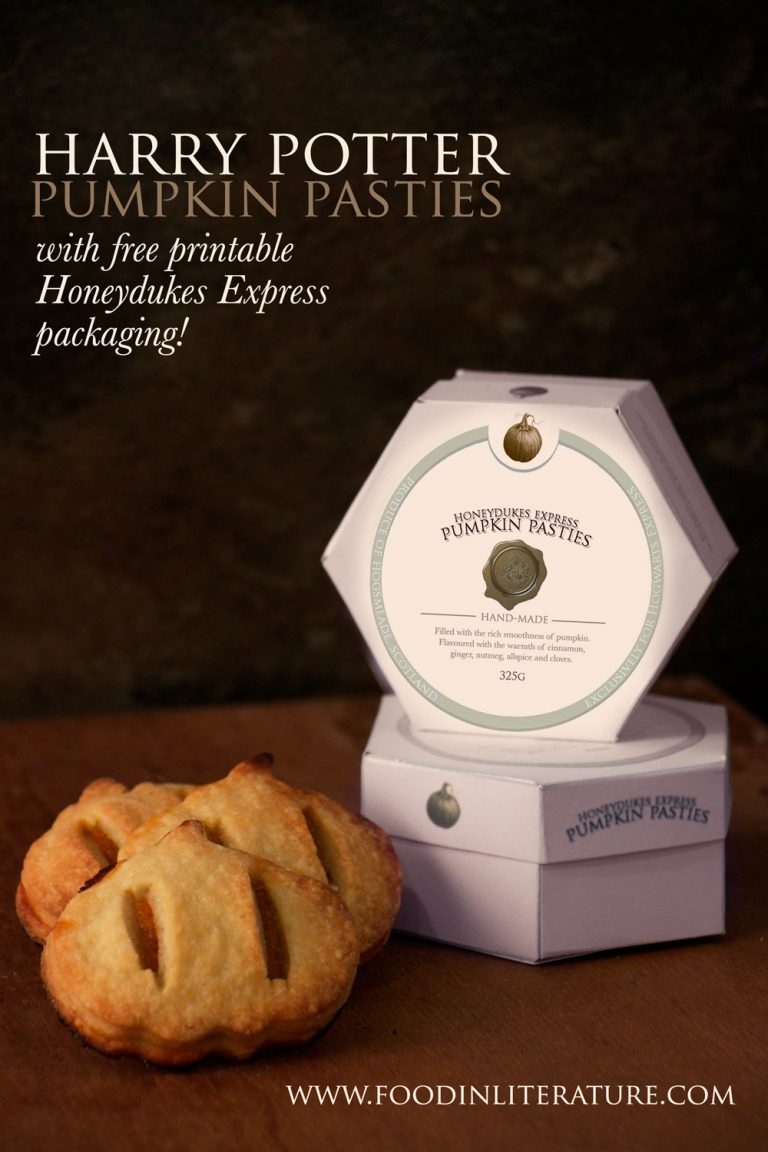 One of the first treats in the wizarding world that Harry samples on the Hogwarts Express, pumpkin pasties are one of the ‘must-haves’ on a Harry Potter party menu. 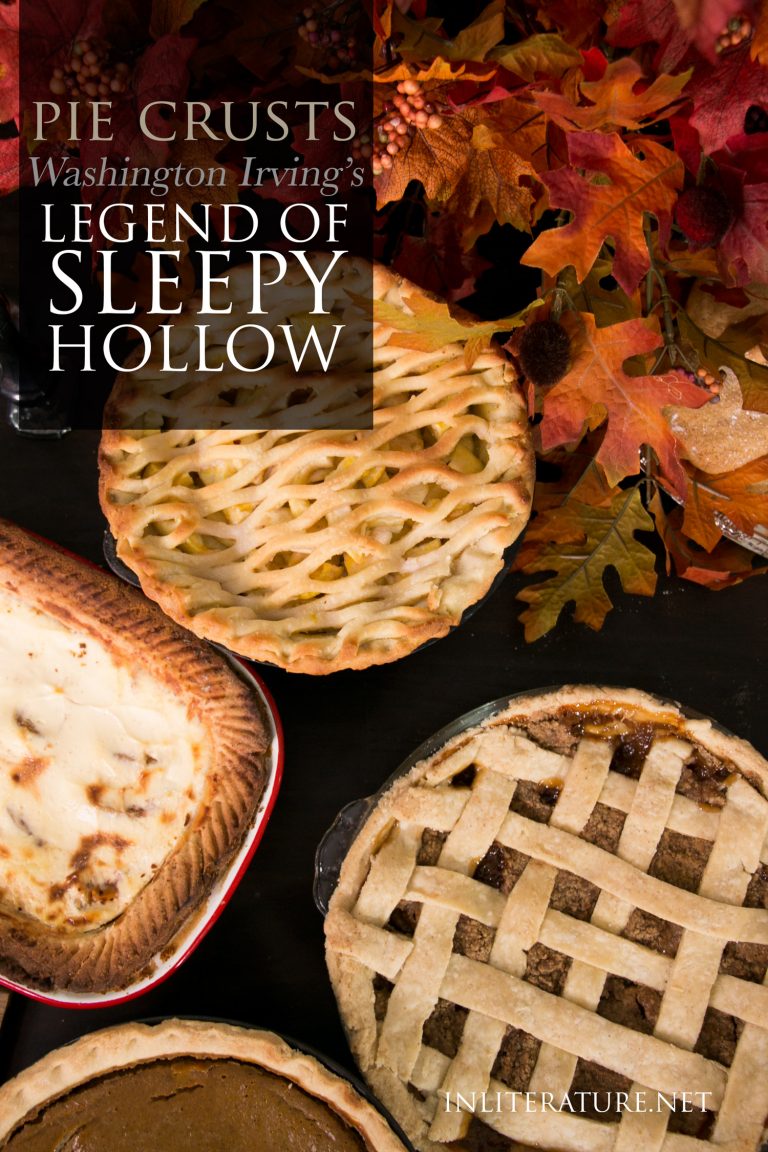 Last Updated on May 18, 2022 Before we jump into making the pies from The Legend of Sleepy Hollow, you’ll need this pie crust recipe…. 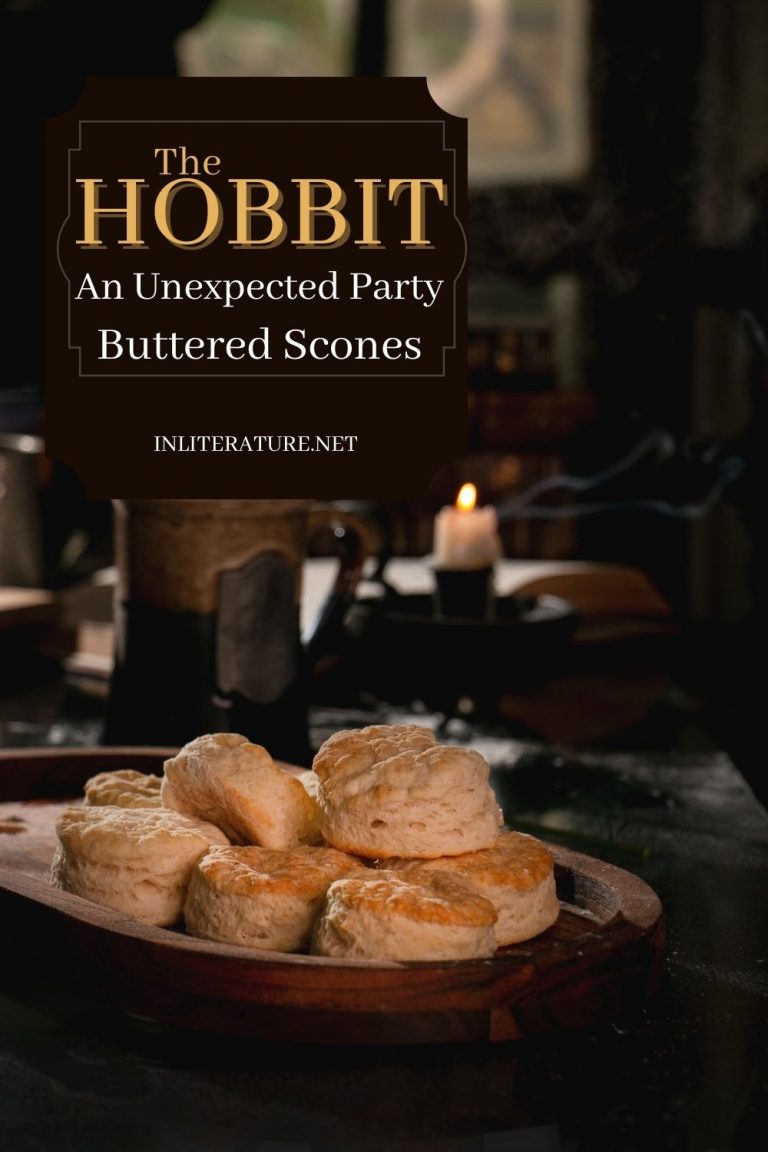 No afternoon tea is complete without a heaped pile of scones, waiting to be slathered in butter or serves with jam and clotted cream. Whip up a batch for an Unexpected Party at your Hobbit home.