You are here: Home / By Author / A. A. Milne / Carrot Cake Ice Cream from Rabbit’s Garden 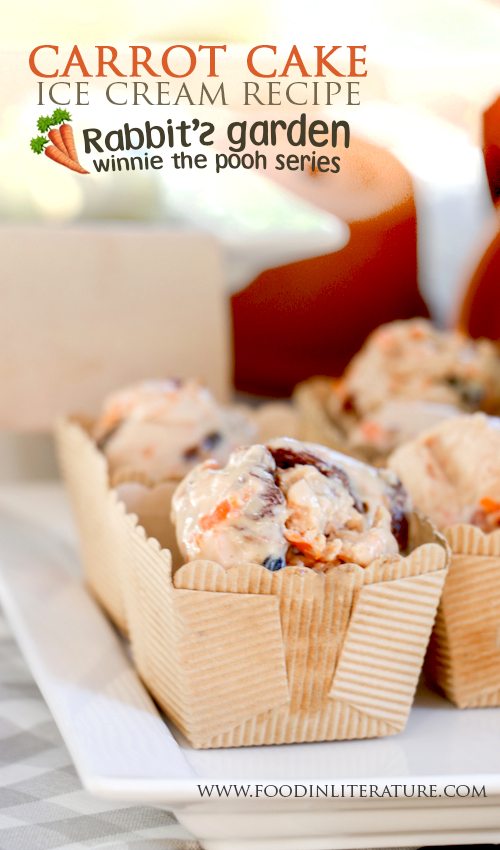 Some people get a little funny about putting vegetables into their dessert.

or Zucchini Chocolate Chip muffins (from Dwell on Joy).

Even the crucial pumpkin pie that we eat for Thanksgiving isn’t common here in Perth.

And, carrot cake, which I thought was pretty normal, causes some people to raise an eyebrow.

But if carrot cake makes you hesitant, here, try this carrot cake ice cream which we made in honour of Rabbit from Winnie the Pooh. It’ll change your mind about veggies as dessert. But don’t forget to leave some for us!

Need a nudge to be told how good it was? After it was made and sitting in the freezer, I left a note on the container ‘Do Not Eat’. However when I pulled it out of the freezer to photograph, someone must have been scooping little tastings of it, thinking it wouldn’t be noticed. A whole half a container of small tastings. While I didn’t have quite as much ice cream to photograph, at least we all know I nailed the recipe! 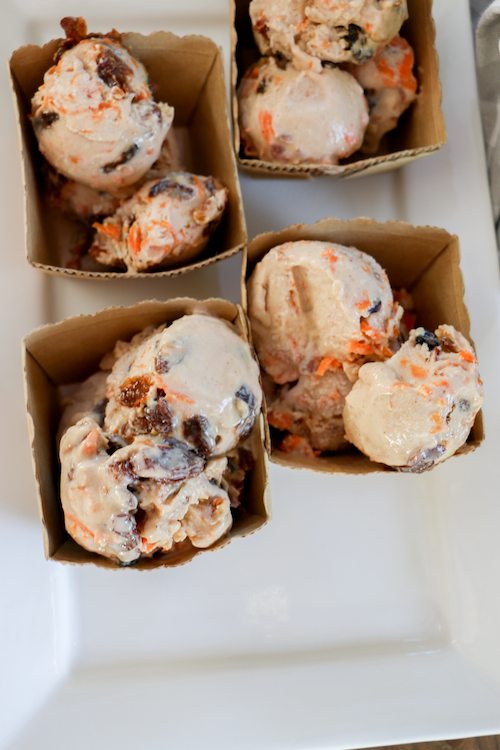 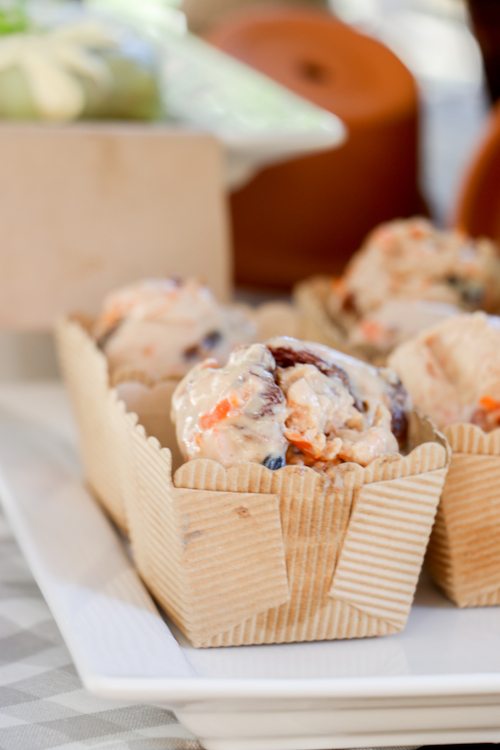