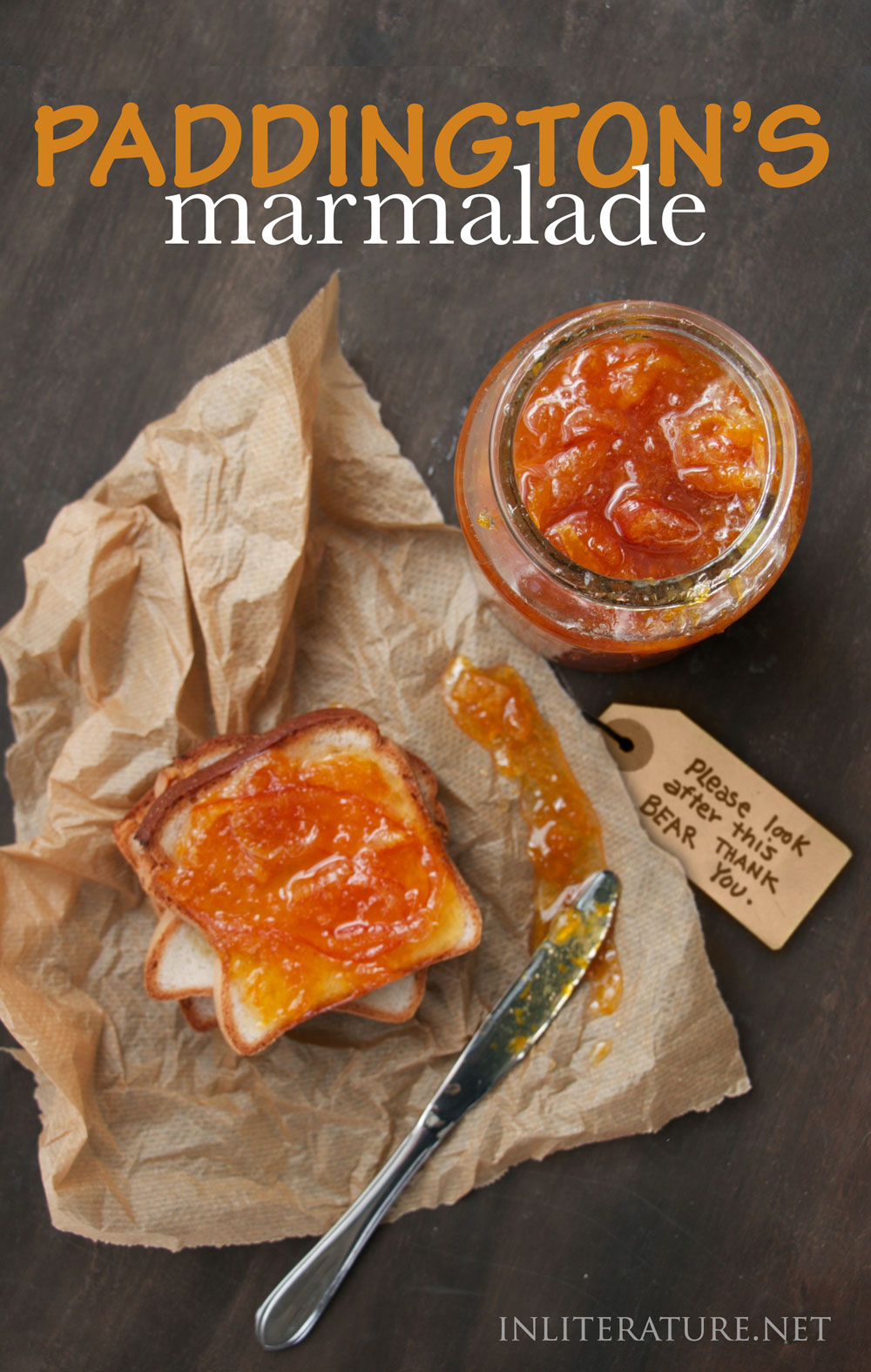 When Paddington’s creator, Michael Bond, sadly passed away in 2017, it seemed only fitting to celebrate the stories he’s given us, by making a jar of Paddington’s favourite–marmalade.

Marmalade is typically thought of as a stiff conserve similar to jam, made with finely grated Seville orange peel. People insist that Seville oranges are the ‘proper’ marmalade (it certainly seems to be Paddington’s preference), however, the term ‘marmalade’ has a long history.

Marmelada was a quince paste imported into Britain regularly in the 15th century.

By the 16th and 17th centuries, quince pastes and ‘marmalades’ were found in British cookbooks. Pressed into a “marmalet-box” to form a firm shape, this sweetmeat was typically served during these centuries as a sliced dessert. Although marmalade was primarily made of quince, other marmalade were made of other fruits, for example ‘damson marmalade’.

how did marmalade become a breakfast spread?

Recipes often evolve and change over several hundred years as they are adapted and altered. Marmalades over this period became spreadable softer preserves rather than sliceable pastes, although continued to be served in jars alongside candied fruits, and other sweet treats for desserts.

The transformation from a sweetmeat to a ‘nutritious butter substitute’ occurred during the mid-17th century, and solidified during the 1800s. In 1861, Mrs. Beeton noted that while marmalades and jams differ little from each other, marmalades are ‘composed of the firmer fruits’ like the rinds of oranges, while jams are made ‘of the more juicy berries’.

Marmalade was first served at breakfast and morning tea in Scotland, a country renowned for its breakfasts. British travellers to Scotland became familiar with this and by the 1900s, marmalade had become a cornerstone of the traditional English breakfast.

Why are Seville oranges used for marmalade?

You can still make marmalade from any type of fruit, at least in other countries, but in England, Seville oranges are the ingredient of choice. In the 15th and 16th centuries, oranges began to be imported into Britain from Spain and Portugal and would have been thought of as a luxury item. However, Seville oranges are bitter and have an aromatic rind. The oranges do not make great for eating, but they make a vibrant preserve that cooks more transparently, compared to other oranges which produce a cloudier appearance.

Despite this explanation, I never could find in my readings why Seville oranges became the British marmalade ingredient over other fruits. With its bitter taste, Seville orange marmalade is an acquired taste, much like Marmite. But marmalade carries with it a nostalgic history that has been handed down from generation to generation. Memory and taste, when intertwined, cannot be defined in logical terms. It simply is.

Which is why Paddington carries a jar of marmalade in his suitcase when he finds himself in London. Instructed by his aunt Lucy on how to make marmalade sandwiches, and taught by his uncle to always carry one under his red bucket hat in case of emergency, the marmalade sandwich does more than fill a stomach when feeling a bit peckish.

** You have options. Seville is usually recommended, however, navel oranges will stand in.
***The original recipe called for the whole orange, finely sliced, (excluding pips) to go in, white pith and all. However, the white pith makes it very bitter so I’ve adjusted to better suit my taste. You’ll want to leave some of the pith though, as it’s high in pectin, which helps it set.