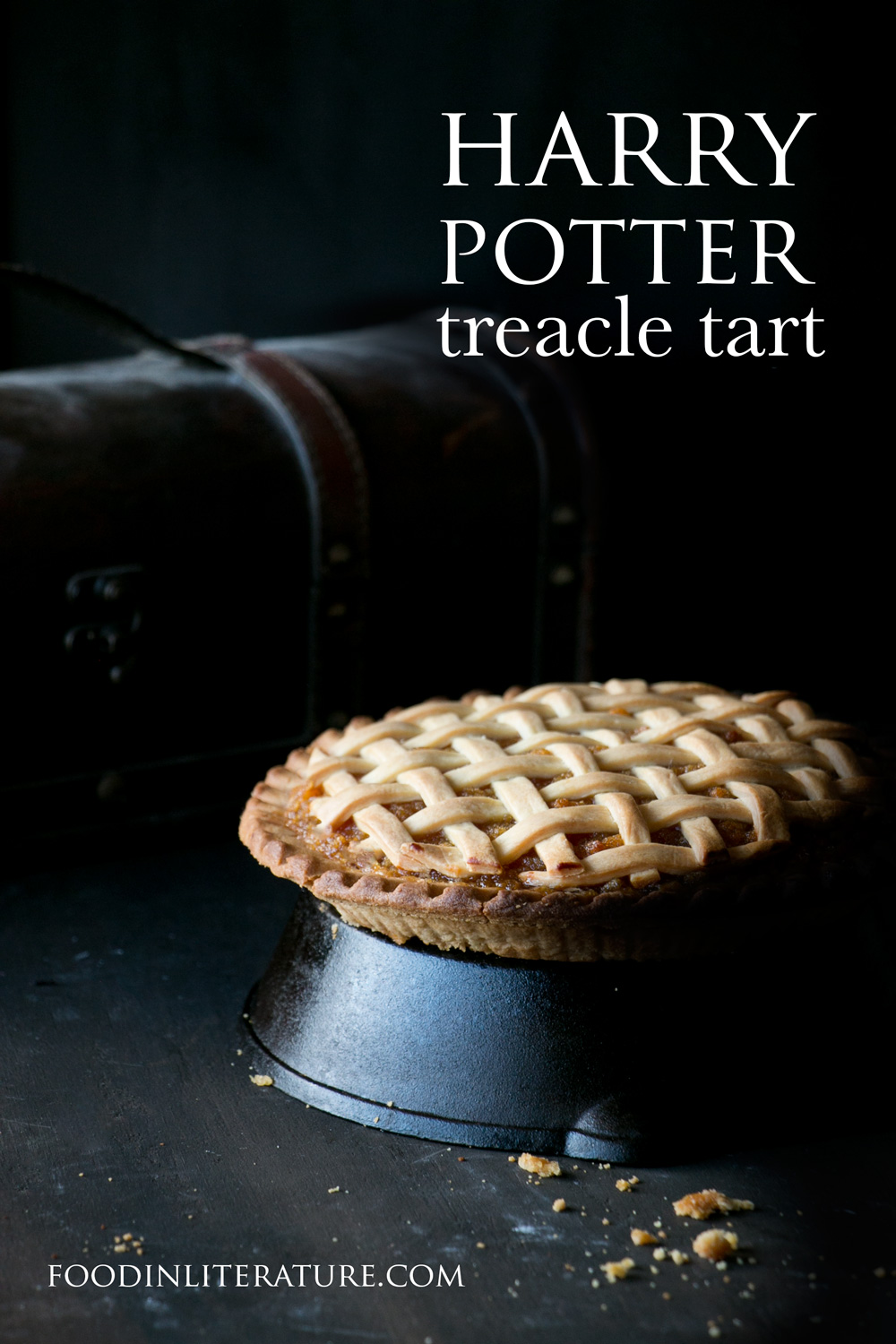 When everyone had eaten as much as they could, the remains of the food faded from the plates, leaving them sparkling clean as before. A moment later the desserts appeared. Blocks of ice cream in every flavor you could think of, apple pies, treacle tarts, chocolate eclairs and jam doughnuts, trifle, strawberries, Jell-O, rice pudding– We’re back to baking Harry Potter treats! I can never stay away too long from all the amazing food mentioned in all the books. So I thought we’d start with treacle tart, a personal favourite of Harry’s. In fact, it’s so much of a favourite, it’s one of the scents in Amortenia when he smells it.

Now, everyone is going to love how easy it is to make this dessert. If you’re using premade pie crust, it’s only another three ingredients that make the filling. And if you have a super sweet tooth, this tart is going to rock your little socks off. If you aren’t a fan of super sweet, still give it a shot so you can say you’ve had Harry’s favourite treat.

Like all the other food in Harry Potter, treacle tart is a very traditional British food. From what I can tell, because of it’s age, the recipe has probably changed over time, since the recipe’s been around since before golden syrup was invented. However this is the most common version most will have been brought up with, although there are multiple recipes that use the beautifully dark treacle, or even do a half half mix.

Not surprisingly, because of how British treacle tart is, you’ll also find it in many other books (and movies and tv shows). So even if you aren’t from the UK, you’ll have heard it.

Here’s a sample of the different places it’s shown up.

In Alice in Wonderland: “What are tarts made of?” “Pepper, mostly,” said the cook. “Treacle,” said a sleepy voice behind her.

In the Voyages of Doctor Dolittle: “My mother had asked me what were the Doctor’s favorite dishes, and I had told her: spare ribs, sliced beetroot, fried bread, shrimps, and treacle tart.”

Recipe adapted from The Unofficial Harry Potter Cookbook and plenty of online research.
Should be served warm with ice cream, clotted cream or custard. 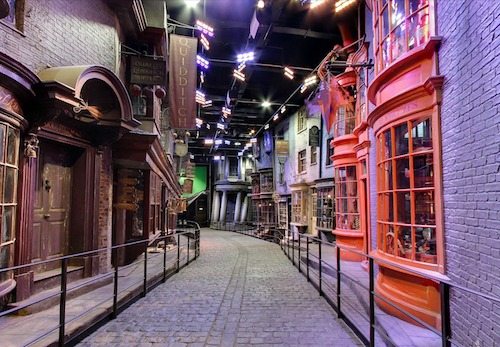 Last Updated on March 10, 2019 With Diagon Alley opening up in summer 2014 at Universal Studios, I thought we’d have a look at Diagon… 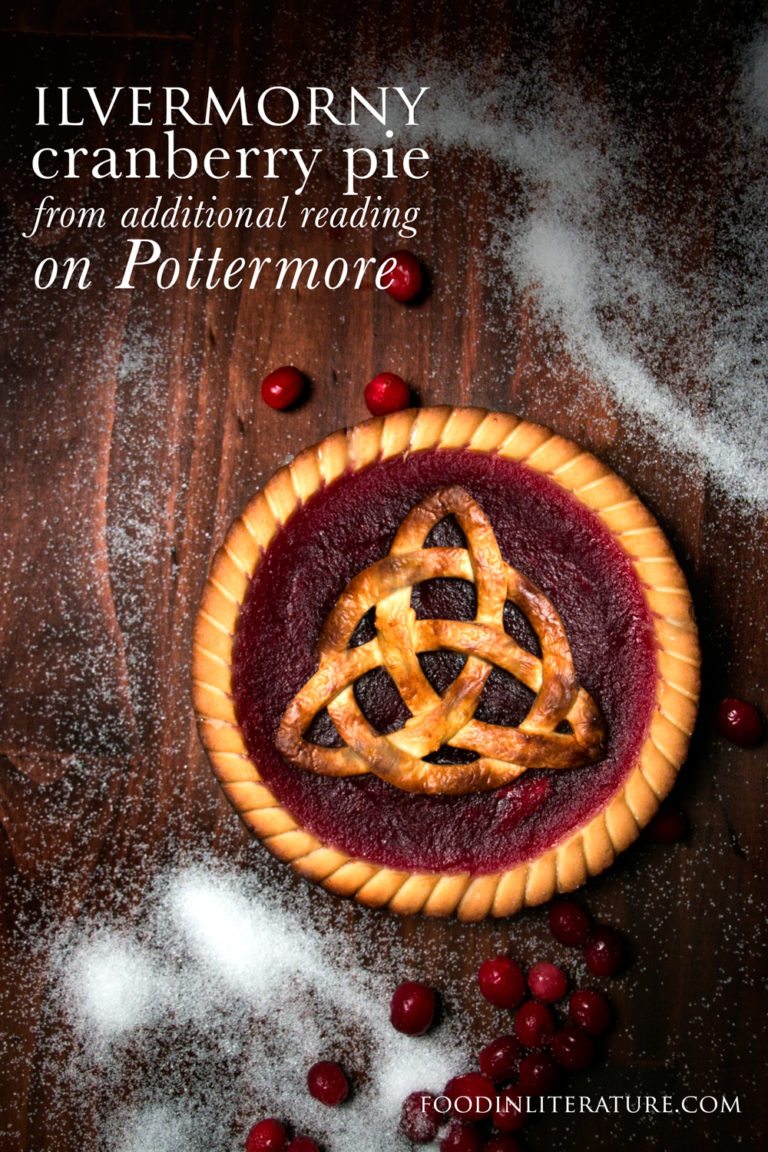 Last Updated on May 18, 2022 “The robes of Ilvermorny are blue and cranberry. The colours honour Isolt and James: blue because it was Isolt’s… 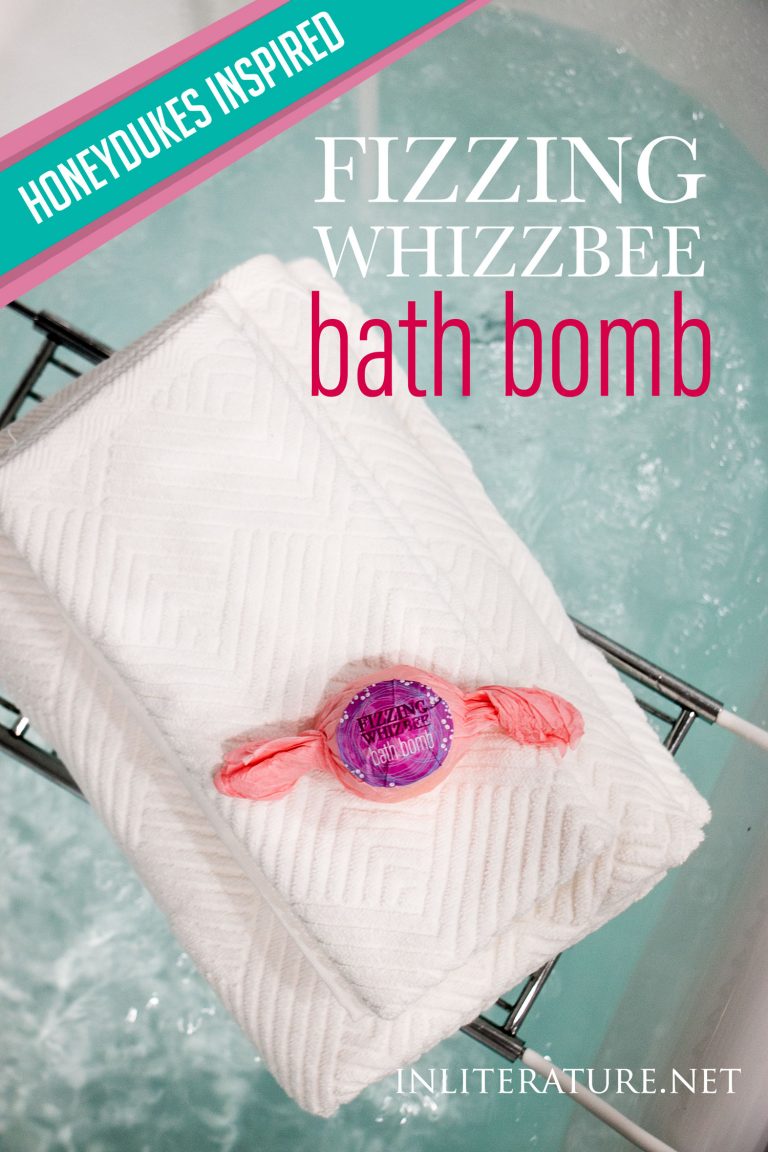 Last Updated on May 27, 2019 If you’re looking to inject a little Honeydukes magic into your bathroom, here’s a quick tutorial to make your… 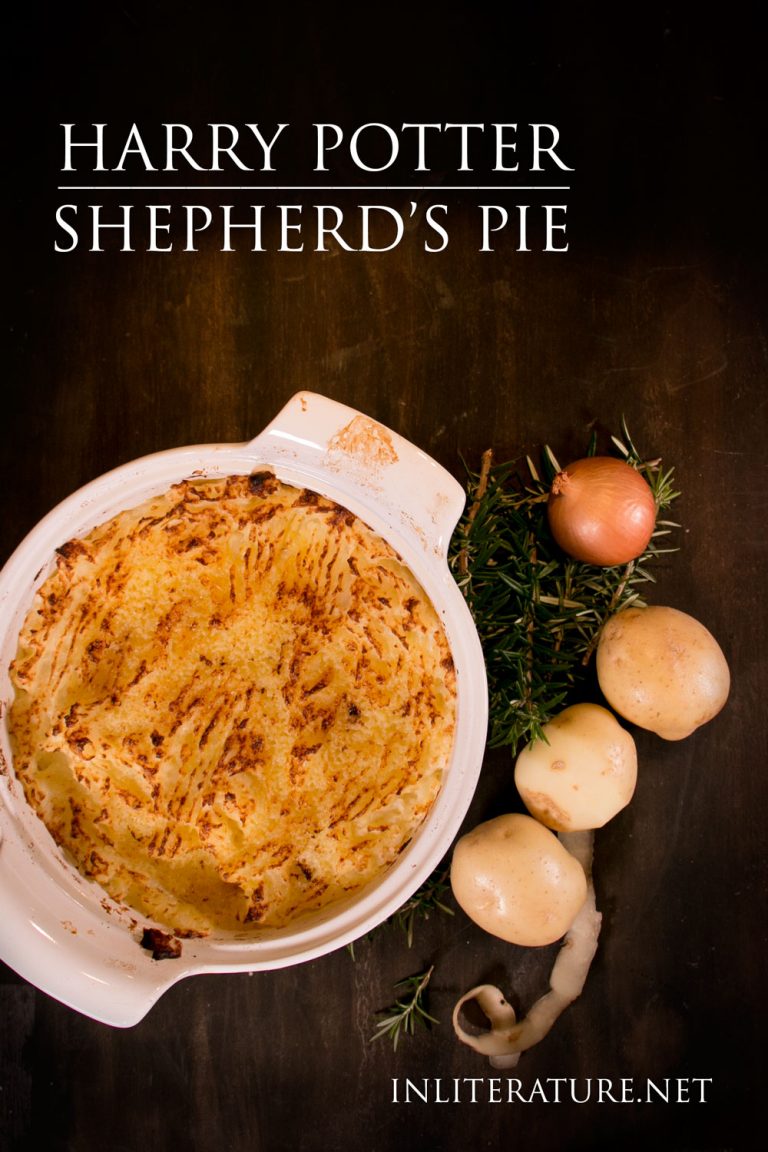 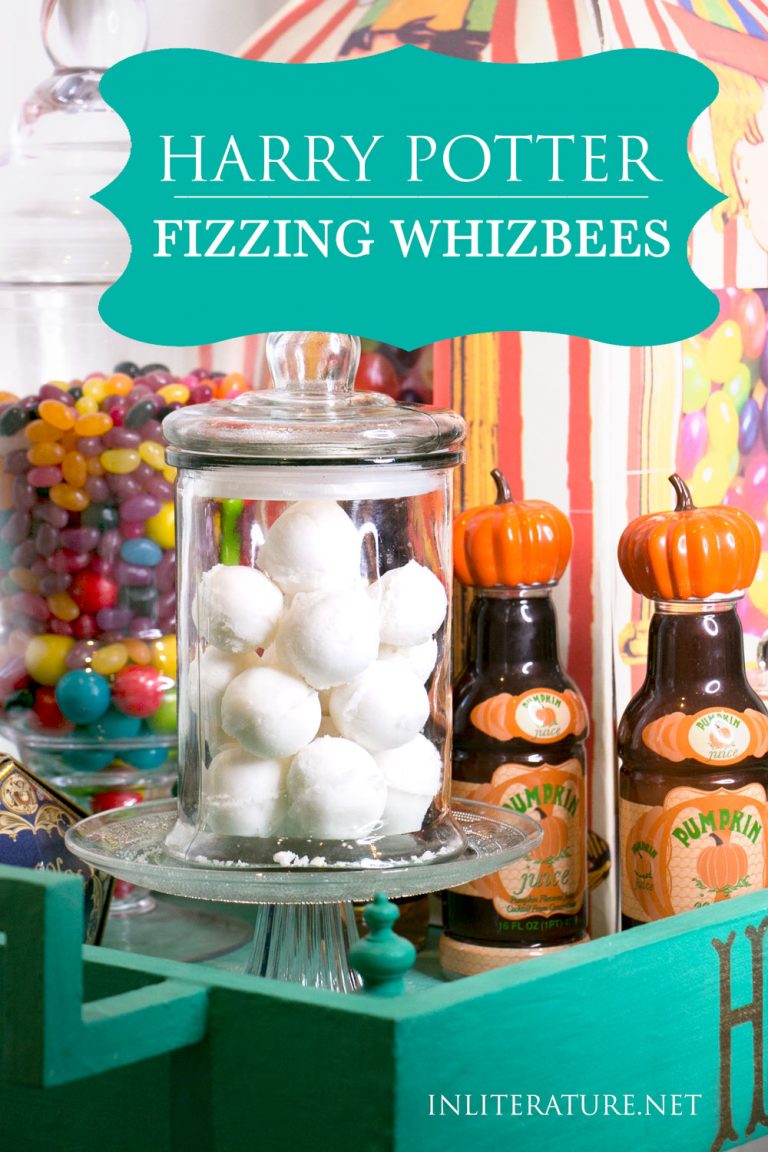 Last Updated on May 18, 2022 “There was a large barrel of Every Flavor Beans, and another of Fizzing Whizbees, the levitating sherbet balls that… 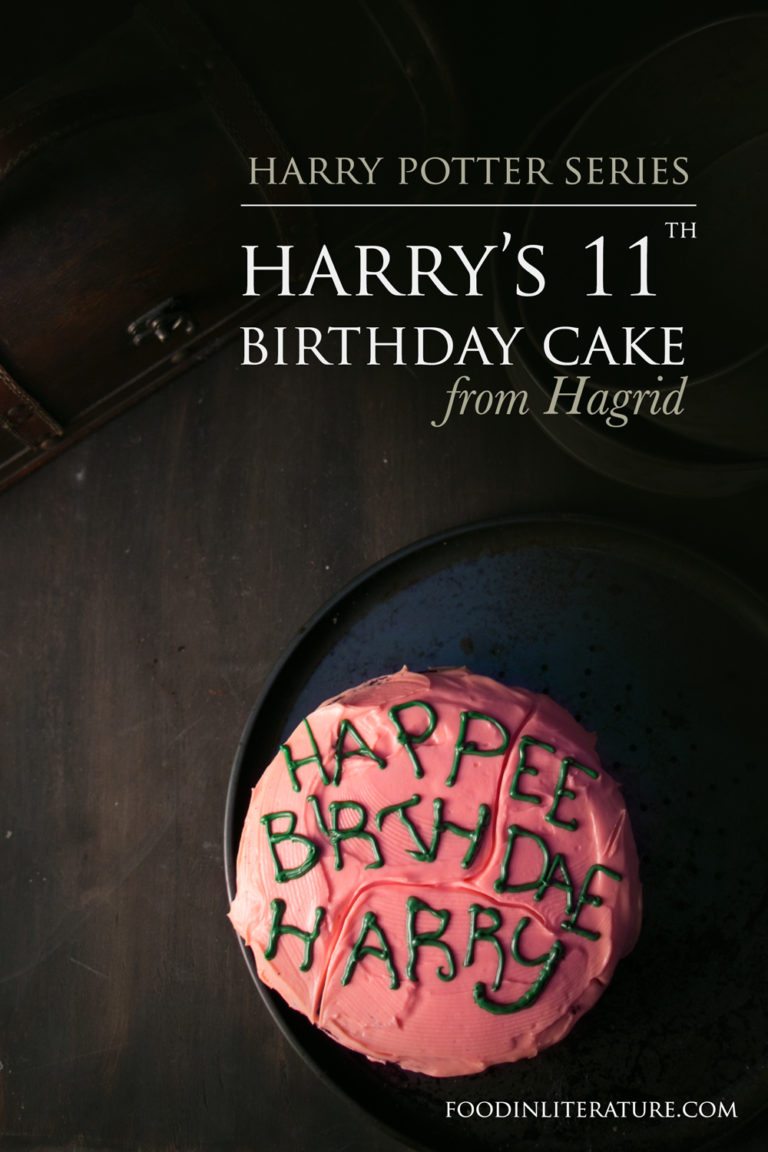